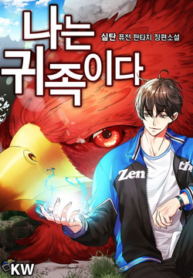 Superpowers who have the ability to kill monsters.

Why? Because the monster carcass is money.

It’s very money. In any case, superpowers are treated as nobles.

By hunting monsters, they live in abundance and wealthy. And finally I became a superpower. I was insanely happy, but for a moment, I soon became sad. There is also water supply among psychics.

Cheonmin Dealer, Commoner Tanker, and Noble Healer. It’s good to be a super-powered person … What’s the hell of a hell? I am a citizen now. However… … You must be noble.

The starting point is the modern era after the 2010s. Suddenly, a group of monsters appeared and attacked human society, and superpowers capable of killing monsters with no physical attack due to the unique shield of the monster began to awaken. And over time, the superpowers hunt monsters. Because the monster’s body is money.

Superpowers, who make up about 1% of the world’s population, became the upper class of society with money from hunting monsters. And the protagonist Yu Ji-woong awakens the super powers one day and plunges into the world.

Call Me The Mother of Quick Transmigration

Eat The Tremor-Tremor Fruit and Refuse the School Flower Confession

The Law of Hunting a Wife