I Became A Mighty Lion 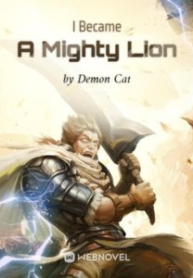 From a hobbled lion cub to a majestic lion king.

He thought that the vast territory, the wives and concubines in groups, and the monarch on the grassland, made the enemy frightened, it was the climax and the end of the lion’s life.

The earth’s energy has mutated, various mutant creatures have struck, humans have fallen from the top of the food chain, and the African grasslands have also fallen into crisis.

And he, also in evolutionary mutation, is gradually becoming stronger.

Lessons on Raising a Partner

Non-humanoid Protagonist, Rebirth
We use cookies on our website to give you the most relevant experience by remembering your preferences and repeat visits. By clicking “Accept”, you consent to the use of ALL the cookies.
Do not sell my personal information.
Cookie settingsACCEPT
Manage consent