I Have Drawn A Bet With The Gods To Set Up A Corpse-Hunting Inn! 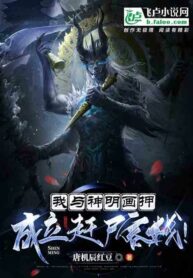 I Have Drawn A Bet With The Gods To Set Up A Corpse-Hunting Inn! Average 5 / 5 out of 1

Read I Have Drawn A Bet With The Gods To Set Up A Corpse-Hunting Inn! Since ancient times, there has been a legend among the people that in a mountain somewhere in the world, there is a mysterious inn.   There are a few special people living in the inn. They have their feet on yin and yang, and are proficient in chasing corpses, digging corpses, tying paper, feng shui, and even changing their lives against the sky, returning the dead to yang… omnipotent!   And it is said that the shopkeeper of this inn is an expert who is not born. He can change the general trend of the world with just a few gestures. He is behind the scenes in both the yin and yang worlds!   However, in the vast world, no one has ever seen this mysterious inn and its shopkeeper. There are only legends about it.   Some people call the inn a corpse-hunting inn, while others call the shopkeeper Mr. Yin Yang.   Until this day, three young people passed through Huaxiahe Province and strayed into the strange Fengmen Village, only to see suddenly a thick fog shrouded, an ancient inn faintly appeared, and a long-standing voice came out:   “You are willing to draw a bet with the gods and join the Yin Yang Inn…” mtlnovel faoo novel Show more

Auto Hunting As A Clone

Legend of the Dragon King of Ice and Fire