I Refuse to be a Supporting Character 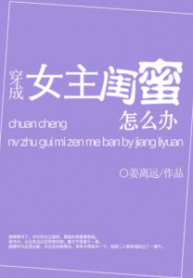 Gu Jin crossed into a novel as the supporting character and best friend of the main female lead, Cheng Xin.

Cheng Xin was frequently surrounded by men of status and quality. As Gu Jin was the female lead’s dearest friend, she doesn’t mind settling for the leftover meager soup if the female lead chose to eat the meat. The two sisters believed they’d enjoy this friendship for a lifetime.

But just as she was ready to latch firmly unto Cheng Xin’s golden thigh, she discovered the body she crossed into had memories of future events beyond the novel’s plot, finding out that her marriage would end in utter failure.

The female lead, Cheng Xin who often quarrelled with the male protagonist would head over to Shao Chong for comfort even though Shao Chong was married to Gu Jin. And after several incidences, Gu Jin advised Shao Chong to have a sense of propriety as her spouse but he told her not to think too much about it, claiming that he only maintained a pure friendship with Cheng Xin.

On the day Gu Jin was kidnapped, her good husband stayed by her cousin’s side and accompanied her to the hospital.

When Gu Jin transmigrated into this new world and learned of the truth, she did not wish to waste this new life as a supporting role for her cousin as the previous soul had done. She’d not live a life as a spectator in someone else’s love story. No. She would be the protagonist of her own romance in this new life.

After Awakening, I Conquered The Whole World

Ghosts Know What I Experienced