I’m Pregnant with the Villain’s Child 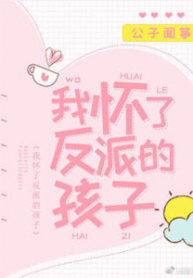 The older sister flees from her wedding to be with her lover, and her younger sister is forced to take her place in marrying a very powerful man.

As luck would have it, she ends up transmigrating into the body of that younger sister.

Although the man that she weds is very powerful, he’s the irredeemable final villain.

All villains are doomed to a bleak ending. And, as this villain’s wife, she’s afraid that her ending won’t be good either.

Fortunately, the older sister had gone back in time after having experienced a lifetime of suffering. This prodigal daughter returns to the turning point of her life. Pointing at her younger sister, she demands for her younger sister to hand over her husband.

To her shock, she later discovers that she’s pregnant.

With tears in her eyes, her older sister says, “Didn’t you say that nothing happened between the two of you?”

Ye Zhen looks at the great villain that doggedly pursues her. She is utterly and totally doomed.

There’s a great villain lying next to her, and she’s pregnant with a mini villain. How’s she suppose to survive?!

Later on, as Ye Zhen watches the great villain putting the baby down and changing the diaper, she sighs. “There’s nothing that can be done. I’ve already missed the golden opportunity to turn things around. How can I leave now?”

I Become A Burdensome Child After Transmigrating

Ex-wife’s Rise to the Top

I Only Love You In The Whole Wide World

The Villain Just Wants to be a Salted Fish