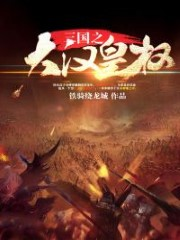 Liu Ye, a master of Chinese martial arts, traveled to the end of the Eastern Han Dynasty. It coincided with the Yellow Turban Rebellion. In order to survive the troubled times, he stepped into the ranks of the heroes in the late Han Dynasty from a ranger in the ruined clan, helping the great Han and inheriting the imperial line.

“The bravery of the public is ten times that of cloth!” Lu Bu praised him.

The Pinnacle of Martial Arts Cultivation