Isn’t it a Bankrupt Company? How to Monopolize the World 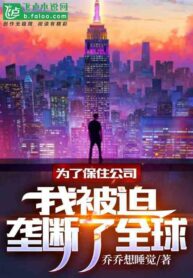 Jiang Han was unexpectedly reborn until 2000, when his parents died in a car accident, leaving only a computer factory that was about to go bankrupt.   The product was forced to backlog due to the rejection by Union Phase.   At this time, the god-level rate of return system is bound, and any investment behavior can get feedback on the rate of return.   “Yongan Industrial: 20% return in the ultra-short term, 24 hours in the ultra-short term.”   “Tengxing Company: The ultra-short-term return rate is 19.8%, and the ultra-short-term return is 24 hours.”   In order to save the company, Jiang Han resolutely rushed to the magic capital with the five million he had managed to get together.   A few months later, Jiang Han frantically seized Lianxiang’s computer market share, making this ‘national enterprise’ a thing of the past.   A year later, Penguin and Ali founded by Jiang Han began to make crazy profits, and the world entered the Internet 2.0 era.   A few years later, the video of Jiang Han being interviewed by a beauty reporter was broadcasted, and everyone was surprised: “How did this guy do the interview after… Show more

He Is Warmer Than Time

Dressed In White Moonlight Her Ex-wife

The World of Mercenaries: The National Boss Is a Girl