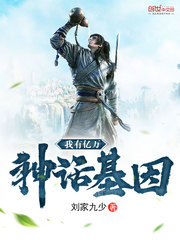 Qin Hao, the world-renowned Chinese online game designer, was bizarrely reincarnated into an unfamiliar and vast world of practice and became the nine princes of Qin who were demoted to the frontier.

At a certain moment, Qin Hao suddenly discovered that he had hundreds of millions of mythological genes brought from the earth in his body!

“Get enough energy to activate the ancient god Houyi gene!”

A vast figure that pierced the sky and stood up from the end of the earth, and suddenly pulled away the great archaic bow in his hand. The divine light condensed into an arrow, tearing the void like lightning, shattering the sky.

That day, the world was shocked!

Cultivation, Game Elements, Genetic Modifications, System
We use cookies on our website to give you the most relevant experience by remembering your preferences and repeat visits. By clicking “Accept”, you consent to the use of ALL the cookies.
Do not sell my personal information.
Cookie settingsACCEPT
Manage consent