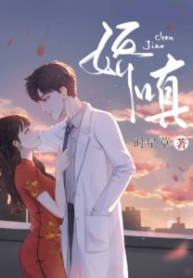 Fu Yanzhi is a famous ice king in the Diyi Hospital. He is aloof, self-reliant, and just like a snowy mountain, no one could shake him.

One day, Dr. Fu’s office started being frequently visited by a cheongsam-wearing belle-designer. She had an alluring figure, red lips, and fair skin.

At first, his colleagues started betting that within a month, she would be rejected by Dr. Fu and would never set foot in their department again.

A month later, she was still coming around.

When she came out of his office, the high and aloof Dr. Fu’s ears were stained with bright lipstick and he was full of vitality.

A year later, she and Dr. Fu got the marriage certificate.

Abandoned Children, Beautiful Female Lead, Carefree Protagonist, Cold Protagonist, Cute Story, Doctors, Doting Love Interests, Familial Love, Handsome Male Lead, Medical Knowledge, Protagonist Falls in Love First, Slow Romance, Smart Couple
We use cookies on our website to give you the most relevant experience by remembering your preferences and repeat visits. By clicking “Accept”, you consent to the use of ALL the cookies.
Do not sell my personal information.
Cookie settingsACCEPT
Manage consent