Ke Xue’s Daddy: If You Pamper Eri’s Daughter, You Will Become Stronger! 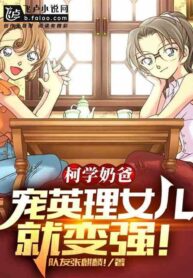 Bai Ze traveled through the world of Conan and became the only male of the Miyano family – Miyano Bai Ze!   Both parents were killed by the dark organization, and both girls were kidnapped by the organization!   Because of the protection of the Miyano couple, Miyano Shirasawa was not discovered by the organization!   When he grew up, following the line of Zhuxing, he went undercover and joined the dark organization, intending to save his sister!   However, his identity was leaked during the arrest operation, so he could only defect and become a policeman in the Metropolitan Police Department!   When nothing can be done, the god-level dad system awakens!   My future daughter will come through, and my daughter will come down from heaven!   As long as you pet them, you can become stronger!   The first one was actually the daughter of myself and Concubine Yingli.   The silver-haired daughter who was transferred to another school, Belmore’s daughter like a little queen!   And Fujimine Yukiko’s daughter, Hattori Shizuka’s daughter…   No way! No way! I’m not a Cao thief!   Hai Yuanai: Ou Ni sauce, it’s a complete pervert! Show more

The Invincible World From Douluo

Child Bride’s Peaches and Plums Are All Over the World

The Man Who Married a Tyrant