Konoha: Inventory of the Top Ten Show Operations at the Beginning 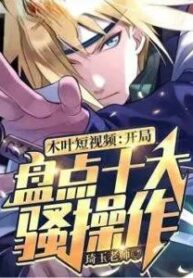 Read Konoha: Inventory of the Top Ten Show Operations at the Beginning   After traveling through Hokage, Mo Yu originally planned to live in peace, but he was bound by the editing system, so the world changed drastically, and the whole ninja world was in chaos! [Top Ten Sao Operation Inventory] [Ten mouth escape scene] [Ten scenes of pretense and slap in the face] … Danzo: “In one battle, I made four lists?” Payne: “What? Naruto said I was dead?” Sakura: “It’s so miserable! Pretending to be aggressive was slapped in the face list, and Sasuke took care of it!” Uchiha Madara: “The strongest ninjutsu list, the first place is not reincarnation eyes?” Show more

I Will Leisurely Become Healer in Another World

I Really Didn’t Want to Be Famous