Led by the Nose Right After Transmigrating 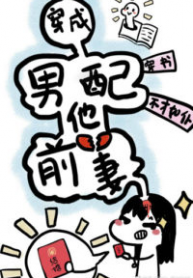 Ruan Jiu Jiu transmigrated into a book where the female lead had a crush on an unobtainable white piece of moonlight.

In the book, the white piece of moonlight Cheng Jun had good looks yet had achieved nothing, just a cold and beautiful flower vase.

Ruan Jiu Jiu transmigrated into the body of the white piece of moonlight Cheng Jun’s wife, a  snobbish and malicious woman.

When Ruan Jiu Jiu transmigrated, a divorce agreement was on the table.

Looking at that beautiful face she mildly swallowed. Suddenly Ruan Jiu Jiu couldn’t bear it and said that she would reconsider the divorce tomorrow.

……. The result of this reconsidering, there was no more divorce.

Afterwards.
Ruan Jiu Jiu: Who said he’s an idiot? Who said he was cold? I believed in your evil. (╯‵□′)╯︵┻━┻

“白” Bai means “white,” and “月光” Yueguang means “moonlight.” Quoted from late Chinese author Eileen Chang’s novel “Red Rose, White Rose,” this term refers to a spotless woman a man cherishes in his memory whom he loved but who is no longer with him. The term caught on with the popularity of a TV series by the name of “Yanxi Palace,” in which the role of a deceased queen is called by netizens “the emperor’s white moonlight.” aka “The emperor’s Bai Yueguang”. I guess it’s a kind of “unforgettable first love”?

The Queen of Everything

After Those Years of Misery

The Female Partners I Rescued All Fall In Love with Me