Let’s Play! My Subjects Are All Historical Traitors? 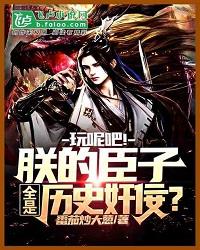 Let’s Play! My Subjects Are All Historical Traitors? Average 2 / 5 out of 1

Nie Zheng crossed over. Travel to the great world of Kyushu, where seven kingdoms coexist, and become the emperor of the Great Xia Kingdom. But seeing the lineup of his own national personnel, Nie Zheng’s whole person is stupid! The Empress Dowager Cixi of the West Palace, the Empress Dowager Lu Zhi of the East Palace, Empress Wu Zetian, Wei Zhongxian, the Chief of Internal Affairs, Zhao Gao, the Chief of the Internal Affairs Office, Sima Yi, the important minister, Dong Zhuo, the prime minister of the left, Cao Cao, the prime minister of the right… What is even more outrageous is that there is Zhao Kuangyin, Marshal of the military and horses, and Zhu Di, the local vassal king, and others outside. … The most speechless thing is that at the beginning of the game, I was faced with a bowl of ginseng soup sent by Lafayette Nishinomiya! What are you playing? Nie Zheng felt that he was able to secure the Zen position in this situation, and he was definitely considered an emperor through the ages! At this time, Nie Zheng awakened the god-level Dahunjun system… Show more

I Have Taken Over The Great Emperor

I Became The Villain Of The Highly Poisonous God Haowen!

The Whole Family Is The Protagonist, Only I The Salted Fish