Level up from class F 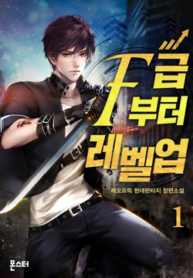 Anji Woo, the hero of the modern fantasy , takes a malicious inventory from the company and is cut off from the company and works as a debtor, while working part-time to create a swamp in the house and awaken as a hunter. A monster appears in the swamp, but no monster appears in the swamp in Anji’s house. Ahn Ji-woo has a monster chakra. Unlike ordinary hunters, there are so many chakras that it gets stronger as you go. I looked at the words of chakra and monster chakra, and I wondered if this was a bit by using what appeared in Naruto. Misu and Misu Chakra from Naruto, and a monster and a monster chakra that only changed their names.

Later, Ahn Ji-woo’s son has both his father’s monster chakra and his mother’s hunter chakra, and since he was a child, the chakras have been enormous and they can become kings of monsters.

Godly System: From Fire to God

The Blackened Male Lead Needs to Be Pampered