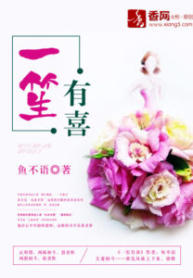 “When Song Xi heard that people around her described Qiao Zhisheng as someone who was tyrannical, domineering, and wicked, she thought calmly, “Oh, that’s my husband.”

When Qiao Zhisheng heard that people around him described Song Xi as an angel in white and the best doctor who was kindhearted, he thought calmly, “That’s definitely not my wife.”

As the saying went, “”when two foxes fight, the wise one wins; when two wolves fight, the cruel one wins. When a couple fights…whoever gets out of bed first wins.”””

I Am A Prodigy

Bickering Couple, Female Protagonist, Handsome Male Lead, Late Romance, Modern Day
We use cookies on our website to give you the most relevant experience by remembering your preferences and repeat visits. By clicking “Accept”, you consent to the use of ALL the cookies.
Do not sell my personal information.
Cookie settingsACCEPT
Manage consent