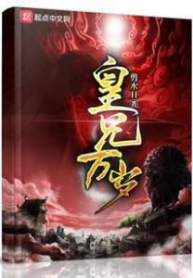 It has been 17 years since Xia Ji transmigrated into the Shang Dynasty as the Seventh Imperial Prince but he has since met with tragedy after another.

His mother was murdered by a mysterious person and he ended up being under house arrest for three years for consorting with a demon lady.

All he had were Buddhist scriptures and his little sister, the Ninth Imperial Princess, by his side as he was abandoned by the entire Imperial family.

However, as danger looms the Imperial City, Xia Ji has been secretly accumulating his powers, waiting for the right time to strike with no mercy and no benevolence.

Hungry for more power, Xia Ji continues his quest for ultimate conquest and the only person he will give up everything to protect, is his precious little sister, Xia Xiaosu.

“Xia Ji, as the prince, you actually have an affair with a demon girl and defiled my royal face. What crime should you be!”

“I would like to stay in the Tibetan Scripture Pavilion for three full years.”

“Your Majesty, there are a lot of magical arts in the Royal Buddhist Scripture Pavilion…”

“All moved, leaving only the Buddhist scriptures for that Nizi!!”

I Can Track Everything

Buddhism, eastern fantasy, Royalty
We use cookies on our website to give you the most relevant experience by remembering your preferences and repeat visits. By clicking “Accept”, you consent to the use of ALL the cookies.
Do not sell my personal information.
Cookie settingsACCEPT
Manage consent