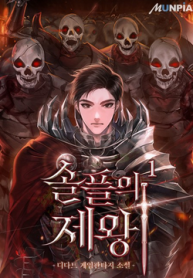 The appearance of the virtual reality game Warlord in 2035 changed the world.

Ahn Jae-hyun, who wanted to change his fate in that world.

However, the cost of dedicating his life to the game to change his life is the betrayal of his trusted colleagues, Ahn Jae-hyun, who lost everything through the betrayal. The opportunity for a re-challenge that came to him!

“I won’t play games with other people again. Whether it’s killing or being cooked, don’t show me what it’s like to eat all alone.”

Pokemon: A Great Responsibility From Heaven

I, The Occult Painter, Draw The Truth

Your Most Faithful Companion