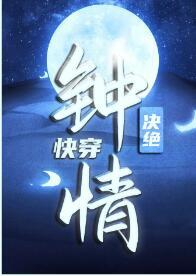 In order to find the missing General Zhou, Su Moxiu pretended to be a bandit and sneaked into the enemy’s back, only to be taken by a slurred little white face.
People are still not satisfied with the food and drink, so they have to be his wife.

Is his General Su who is so easily confused by beauty?

Su Moxiu’s men hurriedly dragged their young general: You must be sober, young general, he is not as beautiful as you!

Yan Jing took Su Moxiu to the small world to do a task on his honeymoon by the way, but…

No money, but someone!

Facing the “robbers”, Yan Jing remained in danger: “I am penniless, why don’t you rob me?”

*******
Above is the copy of the first story.
Yan Jing attacked, Su Mo Xiu accepted, and the two wore them together and petted each other.
Because the author simply wants to write a variety of stories, so each story can be read separately. The stories that should be written are:
[General took the initiative to be robbed] (ongoing)
The general met the little general who came to rob…Come on! Come on! You don’t want to rob? no way!
[Study Domineering Reports Everyday]
What should I do if my daughter-in-law is a school boss? Hehe, complaint, complaint, complaint!
[President forcibly seizes and arrogantly]
The president is not a human being, so he used money to force small employees to be his lover!
[Name guide touch porcelain flow]
A certain director: You must come to me because you want to make me unspoken rules! I agreed!
[Patriarch Lai and disciple grandson]
A certain Jian Xiu saved a wounded young man, but he didn’t want this person to be…
[Teddy is fearless]
Interstellar orc world, because the prototype is Teddy, is discriminated against by others? You don’t know anything about Teddy’s power!
[Uncle doesn’t want to fight]
Don’t want to work hard, brother, you can support me!
[The prince gives up treatment]
Something big happened, and the five princes who have been conscientiously fighting for the throne are crazy! He even went to be a book boy for Master Su!