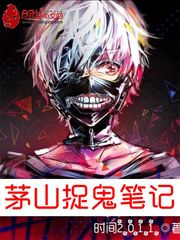 In order to break the serial murders, my brother was tricked into putting on a dead man’s red dress and high heels and pretending to be a woman.

In order to save the female classmate from entering the fire pit, my brother was forced to change from a male into a female and enter the palace for her to apply for a concubine.

I was able to catch up with the bad luck of changing male to female, mainly because my brother owed his hand. He pressed the button of the time shuttle and traveled to ancient times. The intestines have not regretted yet, and he caught up with ten sun-scorched earth. Forced to join the sun shooting operation to save all mankind.

Lessons on Raising a Partner

Fanfiction
We use cookies on our website to give you the most relevant experience by remembering your preferences and repeat visits. By clicking “Accept”, you consent to the use of ALL the cookies.
Do not sell my personal information.
Cookie settingsACCEPT
Manage consent