Mech: Shattering of the Galaxy 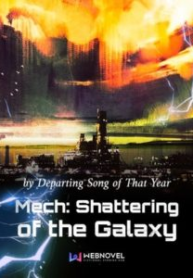 Departing Song of That Year

Dreams are… a reality that only those who are capable can speak about.
This was an era marked by the births of geniuses!
This was an era where heroes could be found everywhere!
The fierce conflict between the aristocrats and the civilians, the open and veiled battles between the Federation and the Empire, the restlessly lurking extraterrestrials…
When the principles of truth were within the range of battleship cannons, when order had no place in this world… Mu Fan, with the mysterious intelligent life “Black” and his unwavering will, fiercely tore open the magnificent Great Galaxy Era!

Artificial Intelligence, Cosmic Wars, Male Protagonist, Nobles, Outer Space, Strong to Stronger
We use cookies on our website to give you the most relevant experience by remembering your preferences and repeat visits. By clicking “Accept”, you consent to the use of ALL the cookies.
Do not sell my personal information.
Cookie settingsACCEPT
Manage consent