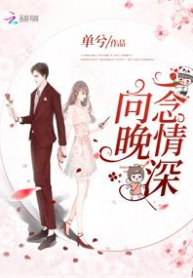 After accidentally provoking a certain demon, she became his possession, and she has lived a life without shame and irritation…

Legend has it that he was cold-blooded and ruthless in the mall, but at home he was doting on his wife.

One day the reporter interviewed: “Mr. Pei, are you dissatisfied with Mrs. Pei?”

Mr. Pei’s dark eyes squinted lightly. The only way to say that he is not satisfied is… So, Mr. Pei said without embarrassment: “Charge for two hours and last for five minutes.”

Su Wanwan’s cheeks flushed rapidly and his belly slandered: This damn stinky rascal! The reporter asked again: “Mrs. Pei, how about you?”

Mrs. Pei gritted her teeth and replied: “Charge for five minutes, hold on for two hours!”

That night Mr. Pei smiled wickedly after four hours: “Are you satisfied now?”