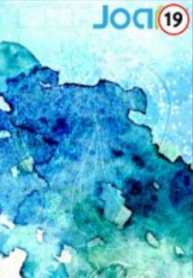 Use superpowers to generate waves.

And waves give rise to mutant creature creators.

The world is doomed by superpower warfare. The master of the world becomes a creator. The

protagonist, Ha-yun, was more overwhelming than anyone else. He was the only one who could

Then he moves into the online game that used to exist in the past.

Butterfly Valley Author’s Online. I used to read cheeky players for fun. I also read this work in a fun way. In fact, unlike Chitkey, he’s the strongest player since the beginning. In the meantime, the fun is that when the protagonist uses his abilities, It’s giving birth to creators. Because of

that setting, even if the protagonist meets a strong enemy, he does not use his abilities as leverage. If, of course, an enemy appears overpowered to deal with it, a single shot with abilities… In that case, it’s a little futile.

reads the novel. I didn’t really feel that way. The protagonist is strong, and he has superpowers. At least he won’t die because of what he thinks. In fact, it does. That is why I regretted the lack of tension somewhat.

The Grand Void – Becoming a Dragon

Dwarf Village has Entered My Freezer

Hanyu: I Really Have Superpowers