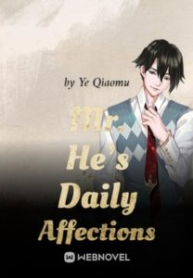 Su Zhixi has her boyfriend, Ning Yichen, snatched by her step-sister, Su Lianxi. Not only that, her step-sister schemes against her, causing her to lose her virginity to He Jingyao. Su Zhixi is nearly confined in her home until He Jingyao comes along. He rescues her from that nightmarish home, if that place can even be called a “home.”
Her savior, the dashing and powerful Young Master He, seems to have it all. Yet he has an odd illness where he feels nauseated whenever a woman is within three meters of him. Su Zhixi is, however, an exception. From that fateful day on, their paths crosses. He Jingyao strives to win Su Zhixi’s heart, and she, too, starts to develop something for him.
But as the story unfolds between the two, Ning Yichen’s growing mixed feelings and the appearance of He Jingyao’s fiancée threatens to put an end to the budding love between the two.

Rebirth of the Best Businesswoman at School