My Senior Is Always Salivating After Me! 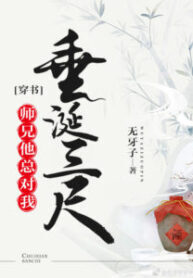 My Senior Is Always Salivating After Me! Average 5 / 5 out of 1

Lin SuCi transmigrated into a book, and became a kitten who had just cultivated into becoming human. When he was still young, he was picked up by a good man to be become his apprentice, but he did not expect his master to let his senior — the number one villain in the book — raise him? This villain senior was too scary, when he had nothing to do he would put him on a plate and stare at him. Let’s not mention cuddling, embracing, stroking and pinching him all day long, he even had a hundred ways to bite a cat! Lin SuCi covered his butt and had a tearful epiphany, Senior wants to eat me up! Having tried to run away with his short legs and getting caught for the nth time, Lin SuCi, his paws covering his face, had to accept his fate. Wasn’t it to just be the boss villain’s favored younger brother? Take your hand off my tail, fine, I’ll take on this role! – Description from Novelupdates Details Show more Show more

I Persuade People With Reason

The Villainess Wants to Marry a Commoner!! (WN)