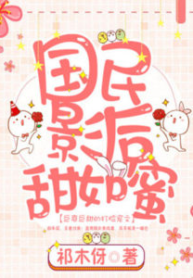 National Film Empress Was Sweet As Honey Average 3.7 / 5 out of 3

“Young Master Ye! What happened that year was an accident! I didn’t mean to do it!”

“So, you don’t want to be responsible for it?” The handsome, quiet, elegant and magnificent man narrowed his eyes dangerously.

There were two little buns next to him. One on the left and one on the right. Both also looked at her anxiously……

During her coming of age ceremony, her scum older sister set her up and she ended up giving birth to two dead babies with unknown father.

A jerk and a lowly bit*h tried to oppress her but received a slap on the face.

Those who owed her, don’t even think about running away!

Without paying attention, she became the notorious ghost doctor, the God of Painters that was revered by tens of thousands, and she even easily got her hands on a world-class giant star spirit tablet…..

Once not careful, she was picked up by Ye Lixiao, the rumour ruthless and cold-blooded Patriarch of Ye Family that everyone was also afraid of.

Everyone also said that Ye Lixiao was someone with a clear heart, did not have much desire and did not like to go near the opposite sex.

Xing Luo: F***! If she knew who it was that simply spread this kind of rumours, she would definitely kill that bastard!

The Villainous Celebrity Wife of the CEO