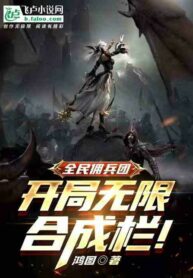 Read National Mercenary Group: Unlimited Synthesis Column At The Beginning! Blue Star billions of people traveled through the world of mercenaries to become the head of the mercenary team!   Recruit mercenaries and complete guild quests to get rich rewards!   Lin Feng was surprised to find that he actually had an infinite synthesis bar at the start!   [Chopper] + [Chopper] = [Dragon Slayer Sword]   [Flame Slash] + [Flame Slash] = [Magic Skill: Knife, Fire, Infinite Cutting]   [Lizardman] + [Lizardman] = [Holy Dragon]   [Bright Priest] + [Bright Priest] = [Eighteen Winged Seraph]   …   some years later.   The universe inventory begins.   [Top Ten Strongest Mercenary Groups] [Top Ten Most Powerful Life] [Top Ten Most High Artifacts] [Top Ten Most Powerful Magic Techniques]…   Everyone was surprised to find out.   In all the inventory, except for the [Top Ten Strongest Mercenary Groups], other people can be seen.   All the rest of the inventory belong to the same mercenary group!   “Damn it! They actually marked the price clearly and accepted the task of hunting the Supreme Lord God?”   “3.6 billion eternal angels, is this the weakest member of their mercenary group?”   mtlnovel faoo novel Show more

I Am a Taoist Priest in Hollywood