One Pet Gets Married 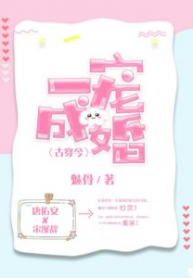 The process of conquering the masses in the entertainment circle by Tang Youan is like this:
“I wouldn’t listen to half of her song even if I cut my ears!!!”
“Ah! It sounds so good.”
“I won’t watch half of her play even if I gouged out my eyes!!!”
“Ah! It’s so beautiful.”
“Even if I die, I will insist on blacking her to the end!!!”
“Ah! Youan Youan, Guotai Minan! I will love you for another five hundred years!”
After Tang Youan put on a notorious actress, she accidentally turned over, God is always forcing her to win.

When Song Xici first saw Tang Youan, she rolled her eyes and slandered: scum!
Later, when she was bullied by Tang Youan until she was short of breath and her body was soft, she couldn’t help her heartbeat speeding up and secretly said: Beast!

Reporter: “What do you think is the luckiest thing you have experienced in this life?”
Tang Youan & Song Xici: “While I like her, she also happens to like me.”
Fans: “Hello? 110? Someone abuses dogs here!”

Quickly Wear the Face of the Devil

I’m in a Shuraba Every Time I Open My Eyes

Marriage of the Di Daughter