Our Binding Love: My Gentle Tyrant 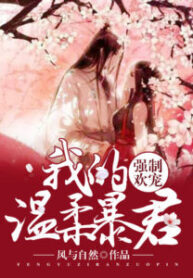 Our Binding Love: My Gentle Tyrant Average 5 / 5 out of 2

She was transmigrated into a novel where she became the cannon fodder who abused the male lead and ultimately suffered her demise under said male lead. And to return back home, she had to obtain the city boundary map first. Ye Mu doesn’t want to play a game! Now that she’s inside the book with such a plot, the only way around her death is to kill the male lead first and let this world collapse! However, upon seeing a scraggly, skinny little boy whose brows were full of perseverance, her hand won’t move… Well then, she would subdue the male lead’s tyrannical tendencies! How to do it? Raise the male lead and have him help her find the city boundary map? That’s a good idea! Despite raising him properly, the male lead seems to have grown into a devious man who won’t listen to her. Moreover, he lures her over with the city boundary map. “Do you want this or not? Then come to my bed.” Her face was full of tears. Where was the promised honest and upstanding monarch? Does she have to raise him all over again? The man smiles and pats her on the head, “Come on, stop crying. Wash and go to bed.” – Description from Novelupdates Details Show more Show more