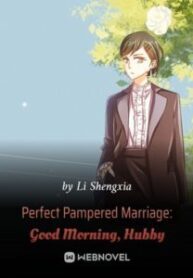 “Husband, someone bullied me.” A few minutes later, a certain company went bankrupt; “Husband, someone likes me.” A few hours later, a certain confessor mysteriously disappeared; “Husband, I want to make friends with you, break off friendship, and divorce.” One second before she fled abroad to be cool, he appeared at the door of her new home one second later… “Go home.” “We are divorced!” “I live next door to you, and you can ask me at any time.” On the first day, her door was knocked, “No appointment!” The next day, her mobile phone was blown up, “No appointment!” On the third day, her company changed its president. A few days later, she knocked on his door helplessly, “Husband, make an appointment?” Show more Show more

I Got Bitten After Transmigrating into a Pseudo-Beta

Dressed As a Female Cannon Fodder In the 1960s