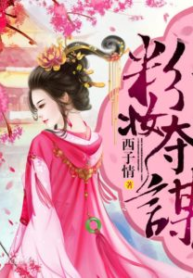 Singing while riding a horse, young and handsome. When her eyes laid their first glance at him, she knew that in this lifetime, this youth would not walk out of her heart.

She’s the young lady of the General’s Manor. When the enemy country invades, her father was called upon in desperation and hurries to the battlefield. She secretly followed her father to battle. When her father and brothers were injured, she struck back with a series of tactics and won over the enemy’s army.

The enemy had retreated, the empire’s land was protected, the Emperor was very happy, and heavily rewarded the General’s Manor.

While she was returning to the Imperial City, she overhears that the Emperor and Empress Dowager want to select a man from the Imperial City’s Manors to marry Lady Su of the General’s Manor.

Before her, she has 3 elder brothers, but unfortunately no sisters.

From the gossips, in the Imperial City there are two man, who are the top candidates for marrying her.

One is from the imperial family, royalty, always idle and only knows how to eat, sing, drink, and have fun. A prodigal who’s been raised crooked with no one to control him.

One is from the Guo-zhang (Emperor’s Father in Law) Manor, whose talent is spread throughout the Imperial City, his name known throughout the kingdom. He is the Xiao Guo-jiu (Emperor’s Little Brother In Law) who has all the ladies rushing towards him like ducks.

Hold On, You’re Something Else

Reporting, I Have Been Reborn