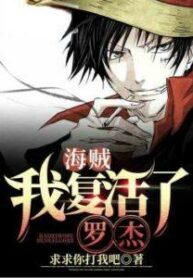 Through the pirate world, I can resurrect the dead and get one of its abilities. It is said that pirates are immortal, I want to see, in addition to Roger, which other unlucky person has been written to death. Luffy: “My brother is dead, I never won a game against him when I was a kid.” Zoro: “My girlfriend died, and I never won a game against her when I was a kid.” Sanji: “You still have a girlfriend? Ah, my mother died of illness.” Usopp: “My mother died too.” Nami: “It’s good to die, my mother was killed.” Robin: “It’s okay, my mother was killed too.” Everyone: “???” Whitebeard: “Zefa, I didn’t expect you to die. I was killed by your disciple. My son made up the knife. Who killed you?” Zefa: “I was killed by my disciple! Let’s go get revenge together!” Whitebeard: “Yes, but let’s fight first!” The most chaotic confession in the pirate world.. Show more