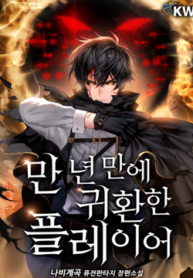 One day he suddenly found himself in hell. All he had was faith in God and a desire to live. From the first to the ninth thousand circles of hell, he absorbed dozens, hundreds of thousands of demons. Even the seven great dukes of hell bowed down before him.

– Why would you go back? Don’t you have everything that’s in Hell?

– Do what you have to do. There’s no food or entertainment.

All there is in Hell are deserted plains and terrible demons.

“I want to go back home…” And he decided to return to Earth ten thousand years later.

The Richest Man In the World: Starting From Receiving 7 Billion Red Envelopes