Puffed-up after Giving Birth to a Wealthy Man’s Heir 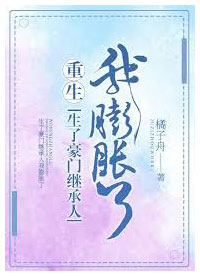 Puffed-up after Giving Birth to a Wealthy Man’s Heir Average 4.6 / 5 out of 9

In the fifteenth year after he was mixed up at birth by a mistake, Yi Wei was taken back by his biological parents.

But the title of being the treasure of his parents, his eldest brother’s younger brother, even the white moonlight of his fiance was not his.

As long as he didn’t care, he could live well. But as he could help but care for these things, which lead to his miserable ending.

Only after his death did he know that he was just a cannon fodder in a book who was only there to be repeatedly cast down.

Under the shining aura of the protagonist, no matter how hard he tried to make himself excellent, it wouldn’t work.

After rebirth, he was not concerned about family love. If no one loves him, then would love himself even more.

This life, he would enjoy life at ease, watching the battle between heirs, waiting for a good opportunity to avenge himself.

Sadly, even though he wanted to stay away from this battle, it deemed to be impossible. As the only decent heir of this wealthy family was actually born to him.

Little Mermaid Dressed As a Scientist

Transmigrated As The Ex-wife Of A Phoenix Man