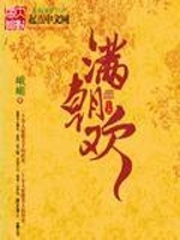 Career girl Xie Xuanji, trained in speedy calculation, was transported back to ancient times after dying and lands in the body of a beautiful girl, a singer who was given to the Zhao Palace by a wealthy merchant. By a twist of fate, Xuanji saves the life of Prince Zhao’s mother, attracting the attention of Prince Zhao. Prince Zhao is surprised as he finds himself falling in love, attracted by her independence and ingenuity.

Legend foretells her to be the reincarnation of a heavenly maiden, whoever that is able to obtain her would be able to unite the country. Thus, she attracts the attention of six countries. Despite her desiring for nothing more than a peaceful life, she is constantly thrown into turmoil, finding herself having to choose between the man she loves and a position as queen of the six palaces, how will she decide?

Ancient China, Beautiful Female Lead, Clever Protagonist, Female Protagonist, Handsome Male Lead, Merchants, Royalty, Secret Identity, Technological Gap, Transmigration
We use cookies on our website to give you the most relevant experience by remembering your preferences and repeat visits. By clicking “Accept”, you consent to the use of ALL the cookies.
Do not sell my personal information.
Cookie settingsACCEPT
Manage consent