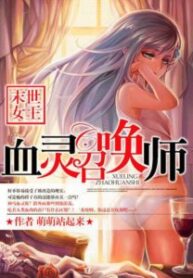 Queen of the Last Days: Blood Spirit Summoner Average 4.5 / 5 out of 2

As the end times came, Yuebaiyi was hit by a mysterious stone from the mysterious universe. When she woke up, a monster system appeared in her brain, but at the same time she found that her body was different from ordinary people, and the system in her brain was still a monster. Intelligent, refreshing her worldview time and time again. It wasn’t until she reached the top that she looked back in shock, and found out that this guy had been pitting her from the beginning to the end! Let’s look at the story of how an ordinary woman was turned into a zombie queen by the enchanting system! – Description from MTLNovel Details Show more

The Vicious Female Character at the End of Days

I’m Not Your Female Lead!