Raising You This Small Stuff 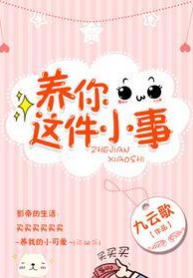 Raising You This Small Stuff Average 5 / 5 out of 1

After an ‘Elf Rebirth Project’ game was forcefully installed on a movie emperor’s cell phone, he suspected it to be a virus, so he moved to uninstall it!!!! (╰_╯)#

The cute little interstellar prince reborn in the game said softly and waxily: “No… don’t…. I…. I eat very little, don’t uninstall me, ok?” (ó﹏ò?)

The movie emperor who was so hit by his cuteness that he almost vomited blood pretended to be calm: … (￣ＴＴ￣) Bleeding from the nose

Silly and sweet, logic is useless.

He’s very fragile!!! He’s a fool (the average IQ in interstellar space is 200 so… supplementing it: He’s not smart when he gets to the earth, really!)

In the early stage he will be in the game, but will appear as an entity in the later stage.

Character Growth, Contracts, Cute Protagonist, Cute Story, Devoted Love Interests, Doting Love Interests, Game Elements, Handsome Male Lead, Hard-Working Protagonist, Level System, Modern Day, Naive Protagonist, Transmigration
We use cookies on our website to give you the most relevant experience by remembering your preferences and repeat visits. By clicking “Accept”, you consent to the use of ALL the cookies.
Do not sell my personal information.
Cookie settingsACCEPT
Manage consent