Rebirth In the End of the World Raising Buns 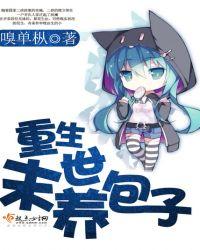 The talented Nascent Soul female Xiu Wen Luming failed to cross the calamity. Fortunately, she survived the catastrophe and was reborn on the body of a modern fat girl with the same name as her. Unfortunately, she just happened to be drugged and lost her body during her rebirth. What’s more unfortunate is that the end of the world has come… And the thousand-year-old maid Wen Luming learned that there was a small bean in her belly, her face was paralyzed and her face was about to crack with laughter: The child who had been hoped for in the previous life and never had, actually has it in this life! In the apocalypse, practicing qigong, fighting zombies, and bringing children together, is also infinitely happy. only…… “The zombies are attacking the city!” Wen Luming threw it into the child’s father’s arms: “You take the child!” Picking up a samurai sword: “I’ll fight zombies!” The boy’s father was holding the little bun, stunned… The little bun is holding his little finger, and his face is innocent… Show more

Just Transferred to the Head of the Regiment, There is a Soldier Named Hu Bayi

The Wife is First

Peach and Plum Do Not Speak

Sugar Daddy, Hoodoo in My Life!