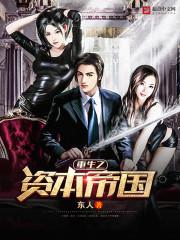 Read Reborn Capital Empire   When a soul from twenty years later is reborn in a Chinese-American teenager, the world is different. In the face of this turbulent era, Guo Shouyun’s ambitions burst out like never before. Internet, war, subprime mortgage crisis, European debt crisis, he seized all the opportunities to create wealth for himself, and after 20 years of painstaking efforts, he created the largest capital empire in the 21st century! Conspiracy theorists: The five consortiums of Guo, Rockefeller, Morgan, DuPont, and Mellon controlled the United States. Time Magazine: Son of God, the greatest capitalist of the 21st century! Show more

Cultivator Returns to the City

My O Got Pregnant After Dressing Like a Scum