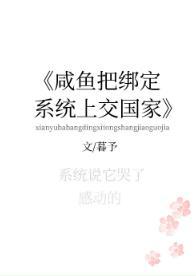 ☆The background of the era is overhead ☆
In the twelve continents of the Silver Tail Star, eight hundred years after the apocalypse reconstruction, the level of technology has finally returned to the pre-disaster level.
Ruan Yu binds a top-flow system.
System: You have to become the top stream!
Ruan Yu: I refuse.
#818 Ruan Yu, the new actress, who is behind her, and why her aggressive resources have continued to fight against black people on the Internet since her debut. The control of public opinion is too powerful! #
Ruan Yu: Thank you, I can answer.
There is no background, just standing on the whole continent.
No way, a drama can get ten points, an S+ TV drama heroine can get 10,000 points, and a billion-dollar movie star can get 1 million points.
And points can buy products of other time and space, laser weapon high-yield crops rare earth resources have everything.
The black fans are dying, the trend of public opinion is positive, and new branch lines can be launched from time to time. Not long ago, they settled and exchanged 100,000 pieces of cultivation liquid for desert to oasis.
what is this?
This is for nothing!
#Salted fish just want salted fish to lie down#
#But I can stand up for the country#
#After the system was handed over to the country, I became popular#
#My brain is not good, but what we do not lack is genius#
#Behind me stands the best of the whole country#
#I turned the system into a plane store#
#Lack of high-end reagents, I will give you money after I finish this scene# Ruan Yu: I am an ordinary person, but my country is not ordinary
—–
Demining:
1. No logic, all made up, future overhead, full overhead
2. The heroine does not follow the line of being a scholar, she is an ordinary person and has no talent for scientific research
3. No cp, the heroine is salty fish but has a face, and she does not hold back Content tags: Interstellar system Future overhead Shuangwen
Search keywords: Protagonist: Ruan Yu ┃ Supporting role: ┃ Others: You can always trust Ruan Yu
One-sentence introduction: The system said it cried, moved
Concept: Although an individual is small, thousands of people are great, gathering sand into a tower, complementing each other and bringing out the best in each other. Show more

After Marrying the Villain, I Became Popular

The Reincarnated Young Lady Aims to Be an Adventurer

From White Box To Supervision