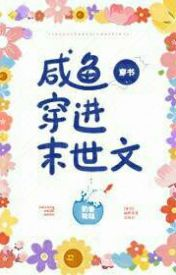 Salted Fish Transmigrated Into An Apocalyptic Book Average 4.7 / 5 out of 9

Jiang Miaomiao transmigrated into an apocalyptic book and became an insignificant cannon fodder. Considering all the brutal encounters behind, she decided to lie down and peacefully wait for death. She stayed at home and lived as long as she could.

In order to eat and drink well before she dies, she stored a lot of supplies.

Jiang Miaomiao was furious and decided to drive him out. So she secretly followed him in the middle of the night and saw him walk into a horde of zombies with a knife on his hands. He looked handsome as he easily killed those zombies.

The man came back and washed the blood stains. She was pushed to wake up while she was pretending to be asleep, “Give me a spicy duck neck.”

Jiang Miaomiao gave it to him decisively with both hands, “Eat, it’s all yours!”

A magical thing happened since then, her supplies… Why is it continuously increasing?

The God of War Challenging Heaven