She Has Been Retired For Three Months 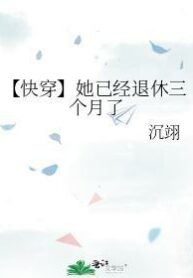 Ye Jiu, as a boss who has retired for March in the Kuai Chuan Bureau, was suddenly told by the boss to go back to work?
Is this what people do?
As a result, the bosses who were in a bad mood and full of resentment began to emerge in an endless stream when they were doing tasks.
Was someone preemptively contracted his magic spirit? It doesn’t matter, she went directly to contract the villain leader, and brought the villain leader into the human world to play crushing. (Horse Monkey Shochu)
Was someone falsely claiming credit for robbing the emperor’s fiancé? It doesn’t matter, she directly rebelled and beat the blind bastard to death to be the empress herself, and by the way, the three thousand beauties in the harem belonged to her. (Two or three things about the goddess and the upper position)
Was framed and wanted by the entire Holy See of Light? It didn’t matter, she sat directly in the seat of the Holy See saint of the dark and greeted her mother’s compatriot’s brother of the god of light. (On the self-cultivation of the dark saintess)
She didn’t know if the top bosses came to Xinxing Village to fry the fish pond, but Ye Jiu expressed that she was very happy when she was surrounded by beautiful soft girls.
Enemy: Are you doing a mission or picking up girls!
Ye Jiu: I can’t enjoy myself after doing this task for so long?
(PS: This story is purely fictitious. Any similarity is purely coincidental. Please do not take it seriously if it does not conform to the actual plot. If you don’t like the setting, you can quit silently. Thank you??????? Welcome to the comment area to chat together.) Show more