Shock! Can You Become a God Even By Playing Games? 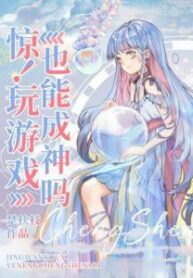 In 2322, the world’s first holographic game “New World” was released
“Absolutely real world” and “100% holographic experience” titled
For a time, players flocked to the game, and the game opened
The reborn Tao Rong returns to the game
Looking back on everything in my previous life, I found myself involved in an invisible struggle, and someone took advantage of it.
In the next life, she decided to start by improving her strength
While the players were still queuing up for the quest in the Novice Village, Tao Rong had already obtained the only skill, and went to the field to kill the boss alone
When the hard-working players finally walked out of the novice village, Tao Rong received a hidden mission, and the first pass dungeon was announced on the full server.
When players dungeon to level up, Tao Rong triggered a special event and successfully entered the NPC team, enjoying honorable treatment and holding top equipment
The full server announcement has become a regular visitor, and most of the game map has been opened.
Every time Tao Rong’s name appears in the world, it means that the game has entered a new stage, causing a hug of thighs.
When he turned back one day, Tao Rong was shocked to realize that he had become a big boss in the hearts of the players for some reason, leaving a deep impression in the history of the game.
Rich, powerful and powerful, Tao Rong thought she had reached the peak of her life
Until one day, the game will come true
Under the watchful eyes of the public, Tao Rong stands as a “god”
Everyone realizes later that this game is wearing a holographic skin, but it is doing the work of making human beings evolve.
Facing the first Tao Rong who became a “God”
The players made a sincere call: “Big brother, Fanfan.”
Tao Rong: #I just want to become stronger, what should I do if I accidentally become a god, wait online, urgent! #
​ Show more

Transformed Into a Wild Female Anchor