Small and Soft Girl A and Overbearing President Man O 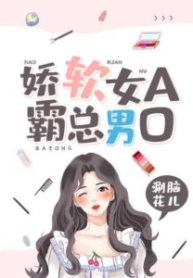 This made her destined to have a Q, a sweet appearance, and honest and simple instincts.

So when she found out that she was in the ABO world, her first reaction was whether she would be bullied by Alpha.

On the street … She met a rich and handsome president Omega who was lying on the street.

The opponent seemed to have just experienced a fierce battle, his pace was unstable, and he was leaning against the wall while was breathing desperately, with a seductive flush in his eyes. The pungent smell of pheromone filled the alleys. There was also a temptation breath emanating from the tyrant’s body, which was yet to be covered by the covering agent.

Ruan Ruan found that under her skirt, there seemed to be some big baby… about to move.

………It turned out that she was an Alpha.

The incident with a certain female Alpha made the overbearing President particularly unhappy.

When he felt depressed, he was wondering if there was something wrong with his charm as an Omega.

So when his family hurriedly gave him a list of blind dates regardless of gender. He recognized at a glance there was that girl in the booklet. His fingertips clicked on that very soft-looking cheek photo, seemingly uninterested, but his tone was full of excitement in the challenge.

Another chance, he didn’t believe that girl could bear it.

Mrs. Huo is a Crybaby

Live From The Murder Scene

Chapters Reviews, Cold Love Interests, Cute Story, Female Master, Female Protagonist, Handsome Male Lead, Modern Knowledge, Mpreg, Older Love Interests, Omegaverse, Transmigration
We use cookies on our website to give you the most relevant experience by remembering your preferences and repeat visits. By clicking “Accept”, you consent to the use of ALL the cookies.
Do not sell my personal information.
Cookie settingsACCEPT
Manage consent