Somehow, The Villainess Who Regressed in Time Lost Her Magic Power, so She Turned into a Secluded Maiden 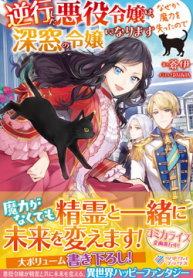 Somehow, The Villainess Who Regressed in Time Lost Her Magic Power, so She Turned into a Secluded Maiden Average 2.7 / 5 out of 3

Rachel only became the fiancée of the Prince due to her high magic power. That’s why when the Saint appeared, she feared that her position would be taken away from her.

As a punishment for her vile deed against the Saint, her engagement was annulled and she was banished to the monastery. But on the way to the monastery, she was attacked by bandits. Just as Rachel thought she was about to die, she suddenly woke up and found out that she had returned to three years ago.

However, she no longer had her high magic power and became so sickly that she could hardly even sit up in her bed. Rachel was just happy that she was alive and decided to cancel the engagement; yet for some reason, the Prince refused!?