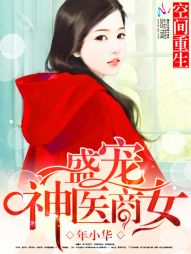 Space and Rebirth: The Favored Genius Doctor and Businesswoman Average 4.4 / 5 out of 7

空间重生：盛宠神医商女 / Reborn In Space: Pampering The Genius Doctor And Businesswoman

In her past life, she had no one to rely on and died alone in jail.

But now, she has been reborn, given a second chance.

Got an heirloom.
Activated a mystical Space Dimension.
Studied medicine and became a genius doctor.
Opened a clinic.
Founded a company.
Bought a house and land.
Found her blood relatives.
Her worth became higher and higher.
Her fan club became bigger and bigger.

“Yes! But young master. . . what are you doing?” The servant said, confused.

The man finished swallowing a bunch of expired pills and said, “I’m sick, gotta go find my wife for some treatment!”

Real Empress from a Noble Family

She Chooses To Destroy the World

To Your Island (Screw your island)