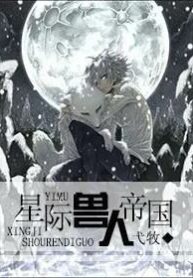 Read Star Orc Empire Lu You is a blind man, but because of an earthquake, he traveled to the planet Osius three thousand years later.
The people on this planet are human beings. After the destruction of the earth, human beings migrated to the Fire vein galaxy,
In order to better adapt to the environment, human beings have been fused with adult and animal genes.
Females are all extinct because they cannot adapt to the alien environment.
The only ones left are the animal-shaped orcs who can transform, and the sub-orcs with reproductive functions. Avoid thunderstorms: This article insists on 1v1, no change of attack, no uncleanness.
In the future interstellar, there are armors, cute things, steamed stuffed buns, golden fingers, and bloody sprinkling from time to time.
ps: Future Interstellar, the full text is the author YY, a hodgepodge that cannot stand the test. Content Tags: Romance of the Times, special liking, fantasy space, distant starry sky Search keywords: Protagonist: Lu You, Gnarris ┃ Supporting roles: Ilter, Essolt, etc. ┃ Others: orc, future, interstellar, warm, future, steamed stuffed bun Show more

The Whole Tribe Wants To Have Baby With Me

Bring the System To Join the Chat Group