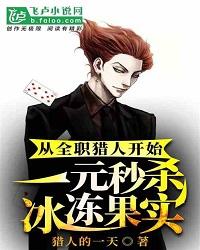 Li Mu traveled to the world of full-time hunters and was adopted by Aunt Mito. He became Gon childhood playmate. On the eve of participating in the cruel hunter test with a high elimination rate, he awakened the ‘one-yuan spike’ system. Start the ‘one yuan spike’ to freeze the Devil Fruit and gain the ability to freeze. Every time a one-yuan spike, Li Mu’s strength will undergo earth-shaking changes. One yuan to kill the ‘Eight Gates’ in seconds, allowing Li Mu to have the Supreme Body Technique. One yuan spike ‘Reincarnation Eye’, with the supreme pupil technique. One yuan to kill the ‘Saiyan’ bloodline in seconds, and the strength can be upgraded infinitely. … As his strength continued to grow after the ‘one-yuan spike’, Li Mu became the president of the Hunter Association, defeated the ant king, and explored people Show more

All Girlfriends Are Ghosts