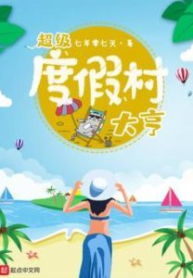 The virus in the mobile phone is inexplicably bound to the resort tycoon system, starting from the inn, and gradually building the world’s top resort chain.

According to foreign media reports, three Huaxia consortiums, including Penguin and Ari, have successively negotiated acquisitions with Four Seasons Resort, the most beautiful resort in the Pacific, but they were eventually caught by a mysterious rich man who also came from China. Successful acquisition of 150 million euros.

In 2022, a little-known China company successfully bought the landmark luxury hotel in Paris from the Saudi prince, the George Fifth Seasons Hotel, which became famous all over the world.

In 2023, the company established an underwater shipwreck resort hotel in Bikini Atoll, which is a miracle in the history of architecture. The guest room is as low as US$100,000 per night, but it still attracts the world’s richest people, crazy.

Li Yang: Drive my resort to the moon!

Rebirth of the Investment Boss

Beautiful Female Lead, Business Management, Handsome Male Lead, Male Protagonist, Poor to Rich, Sudden Wealth, System, System Administrator, Wealthy Characters
We use cookies on our website to give you the most relevant experience by remembering your preferences and repeat visits. By clicking “Accept”, you consent to the use of ALL the cookies.
Do not sell my personal information.
Cookie settingsACCEPT
Manage consent