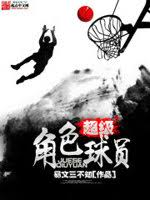 Yi Wen three do not know

In the 21st century, the league has entered the era of small balls, the decline of centers, the rise of point guards, and three-pointers become king. This is how a new era has arrived.

Anxi, who was almost forced to return to China, got a damaged jersey before the draft. He got the jersey system, three-pointers and defense, making him the best role player in the league, and the hardworking Anxi also looks forward to one day becoming a real player. Superstar.

The Godfather of Basketball

The Greatest Performer on the Football Field

I Am An NBA Goalkeeper