Surrender At a Glance 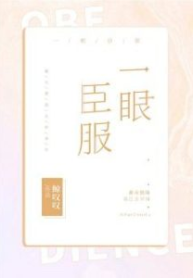 As a student, Jiang Xiche was self-disciplined and stable in the eyes of everyone, he was like a proud child of heaven. Everything about him was good, except that his family background was not strong enough and his personality was too cold.

Years later, the former Qing Leng Xueba[1] became the biggest name in the business world, but he married the second lady of the Yi family who was not favored and had a bad temper.

But no one doesn’t know why Yi Yan married Jiang Xiche. First because of money; second because of how handsome Jiang Xiche looks and the last reason was to annoy her sister.

Unfortunately, after marriage, she was ridiculed by her sister as a “living widow”, because she lived separately from her husband for a long time.

But one early morning, Yi Yan was shocked to find herself in the arms of a handsome man, “Why are you here? When did you come back?”

The person who flew back from Italy overnight said with a low expression: “I arrived in the middle of the night, after finishing my work.”

Even when she took the initiative to seduce him, he would be the same; calm and relaxed.

Seeing this, Yi Yan started to think that her charm was not enough, and she slowly began to lose her self-confidence, due to which she became quite frustrated.

Until one day the two had a conflict, Yi Yan came home at night and lied to Jiang Xiche that she had cheated on him and that she had just come back after having fun with other men.

The man who had always been calm and self-sufficient suddenly seemed to have changed. Confining her to the wall, like an awakened demon, he looked extremely dangerous.

Yi Yan was frightened and asked Jiang Xiche, “What do you want to do?” The other party’s voice was deep, “It’s exciting to play with you.”

Hunter of the Perished World